The second war of independence: competing and overlapping networks

CITE THIS PAGE: Matthew Hammond, 'The second war of independence: competing and overlapping networks', The community of the realm in Scotland, 1249 -1424: History, law and charters in a recreated kingdom, 21 Nov. 2019, https://cotr.ac.uk/social-network-analysis-political-communities-and-social-networks/second-war-independence-competing-and-overlapping-networks/

The following Gephi sociogram shows the network of all royal charters witnesses in the 1330s, during the most violent phase of the Second War of Independence, witnesses to charters of both kings, David Bruce and Edward Balliol. While there are two distinct areas of the graph representing the core supporters of each king, there are also points of connection - people who witnessed for both kings. The closest supporters of each king tend to have thicker lines connecting them, meaning they witness more frequently together. The area on the right side of the graph is dominated by Edward Balliol's supporters, with his two most prominent backers, David Strathbogie and Henry Beaumont, in very central positions. The prominence of northern English figures, including bishops and the prominent northern families of Percy and Neville, is noteworthy.

The area on the left represents the Bruce side is populated with the guardians Thomas Randolph and Earl Donald of Mar, both of whom died in 1332, as well two highly central holdovers from his father's reign, the marischal Robert Keith and the constable Gilbert Hay. 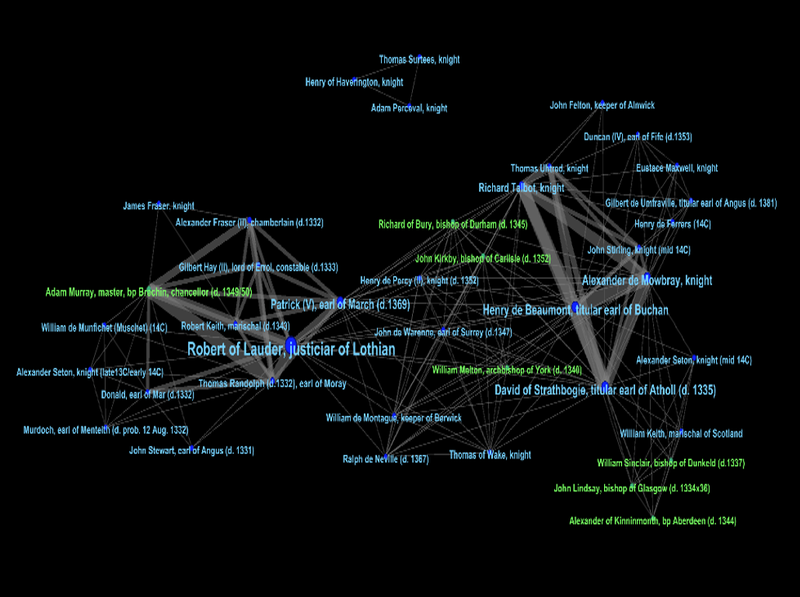 Explore an interactive version of this graph at the People of Medieval Scotland website.

The following graph allows us to visualize the structure of the network more clearly. The two bridge figures are Earl Patrick of March and Robert Lauder, justiciar of Lothian. Further research into the role of these two individuals is desirable; in particular the importance of Robert Lauder merits deeper investigation. 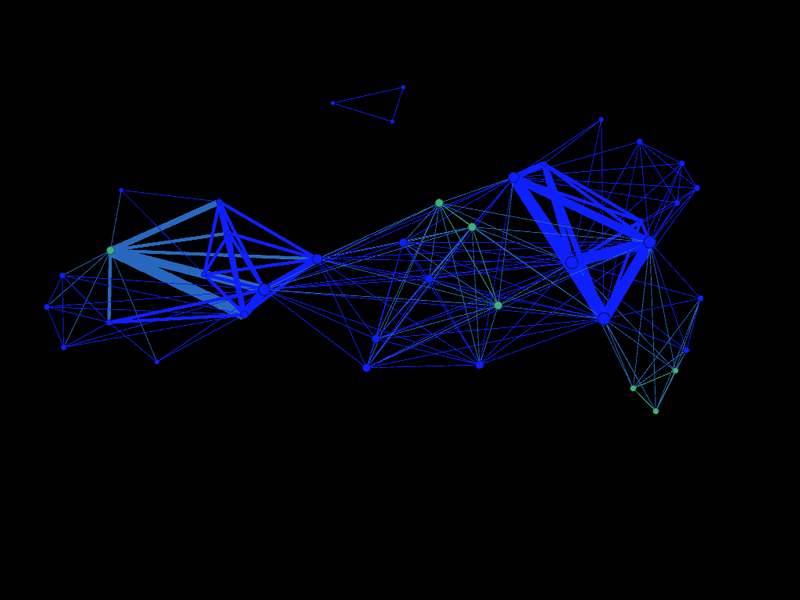 There are twelve documents in this dataset, five of King David and seven of King Edward.

The following graph demonstrates the connections between the documents themselves, in terms of shared witnesses. The separate segments formed by the Bruce charters (1/54) and the Balliol charters (1/56) are clear to see. 1/56/13 is the document of Edward Balliol which included some witnesses who also attested to Bruce charters. This records the transaction at a Newcastle-upon-Tyne parliament in 1334 whereby Edward Balliol gave King Edward III essentially all of southeastern Scotland. That Earl Patrick and Robert Lauder attended is presumably died to the overwhelming effects this arrangement would have had on both men's careers had it ever been fully taken up. 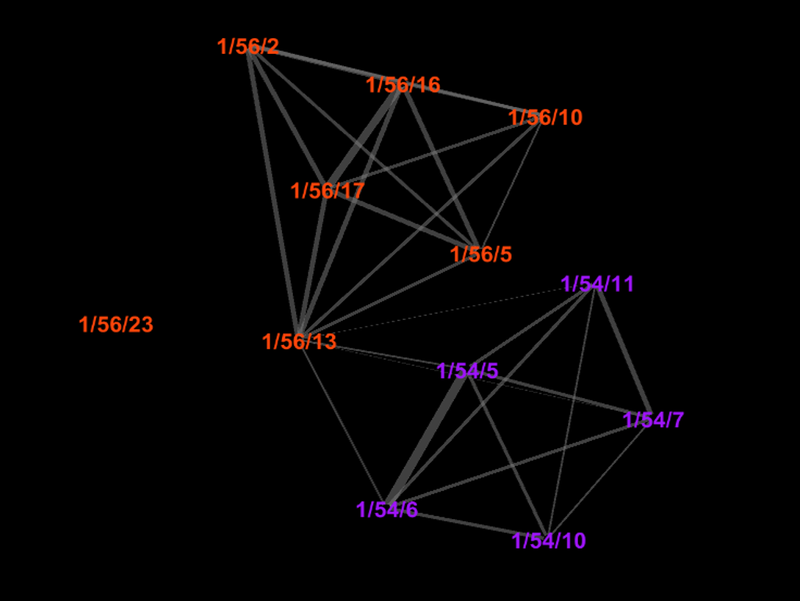