The social networks of the Ragman Rolls (1296) and other fealties

CITE THIS PAGE: Matthew Hammond, 'The social networks of the Ragman Rolls (1296) and other fealties', The community of the realm in Scotland, 1249 -1424: History, law and charters in a recreated kingdom, 21 Nov. 2019, https://cotr.ac.uk/social-network-analysis-political-communities-and-social-networks/social-networks-ragman-rolls-1296-and-other-fealties/

The Ragman Rolls record the fealties (and sometimes additionally homages) of roughly 1650 nobles, prelates and landholders made to King Edward I of England after his successful 1296 invasion of the kingdom of Scotland. 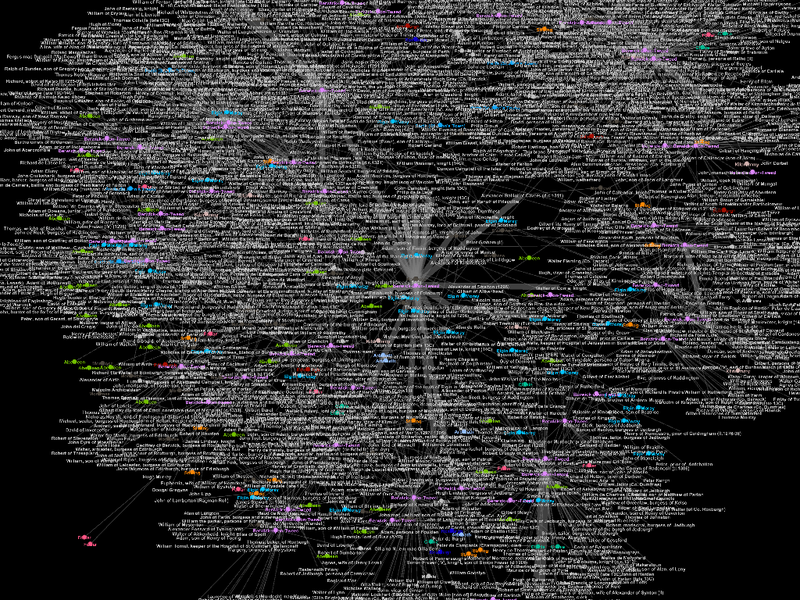 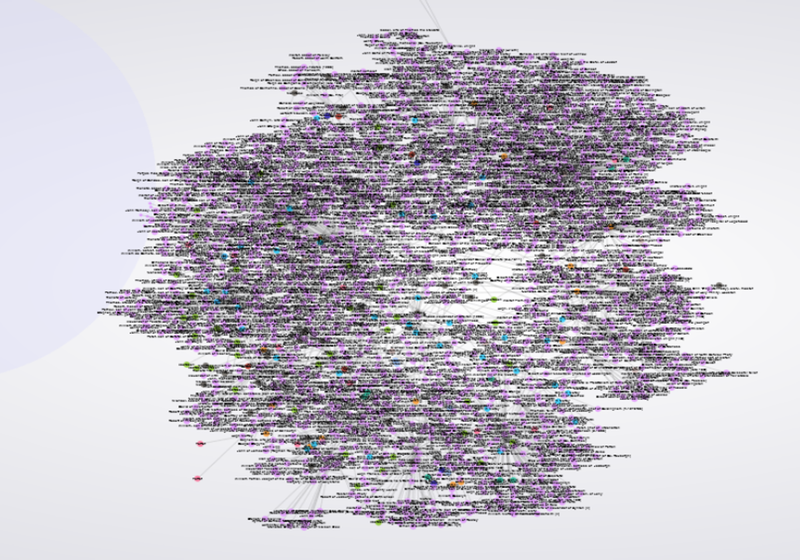 Explore the visualizations of all the 1296 fealties in the following formats on the PoMS website:

After Edward I's defeat of the Scottish forces at Dunbar on 27 April 1296, the English king led his army deep into Scotland, gathering the fealties of Scots barons, churchmen and knights along the way. The fealties during this phase were collected between 13 May at Roxburgh and 6 August at Arbroath are illustrated by the graphs below. This sociogram reflects a 2-mode network, with both the fealty-swearers and the places where they swore the oath of fealty displayed, and lines showing the connections between individuals and the places where they swore their oath. 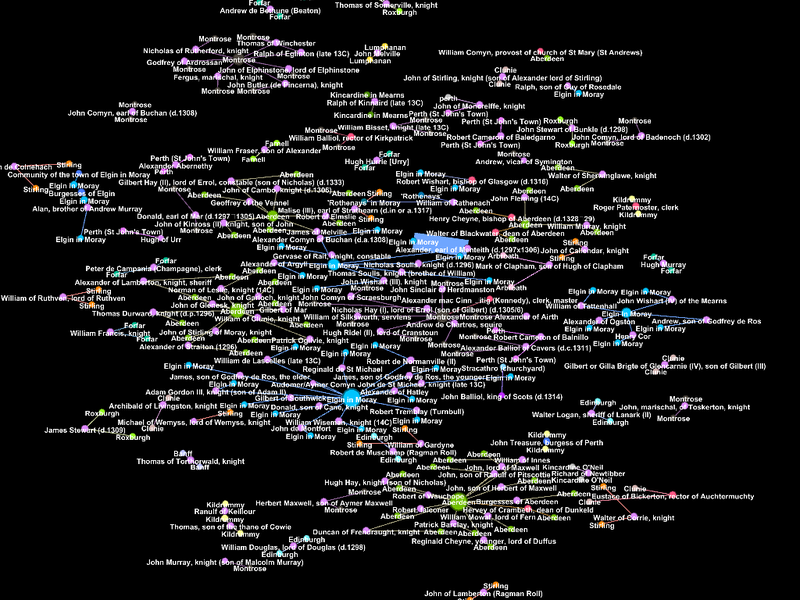 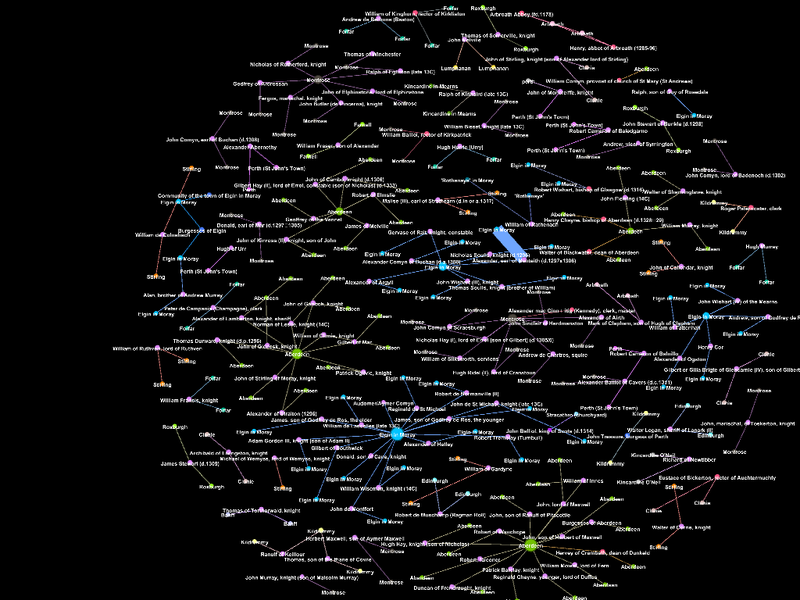 Explore the interactive visualization of the pre-Berwick 1296 fealties on the People of Medieval Scotland website. You can view this network in three Gephi layouts:

The majority of the fealties to Edward were conducted at a parliament held at Berwick-upon-Tweed on the 28th of August, 1296. The following Yifan Hu graphs made with Gephi show the structure of the networks of fealty-swearers on that day. The Scots were clustered into groups, often including people from the same county, whose oaths were recorded on separate written instruments, each of which has been entered into the PoMS database as a distinct transaction. The first two images show the structure of the fealty network without name labels; the third shows the whole network with name labels, and the fourth image zooms in to the level of a single cluster. The names are colour-coded according to gender. The fifth image shows the same network using the Fruchterman-Reingold projection.

The People of Medieval Scotland interactive sociogram using the Yifan Hu projection, which is depicted in the final image below, allows users to visualize the entire network of fealty clusters, while also allowing one to focus on individual clusters. The distinct transactions are numbered: no. 23 is visible below. Individuals whose names were recorded in two or three separate transactions are easily identifiable using this tool.

Explore the visualizations of the Berwick 28 August 1296 fealties on the People of Medieval Scotland website: 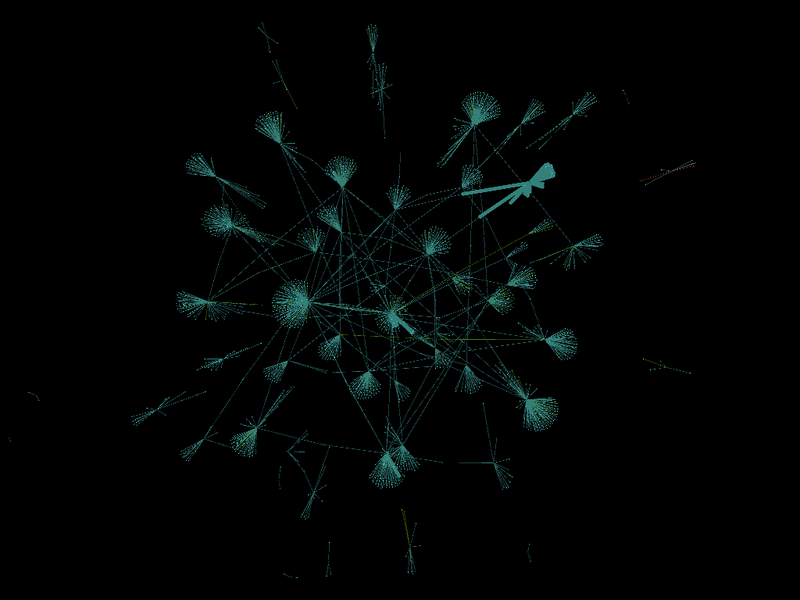 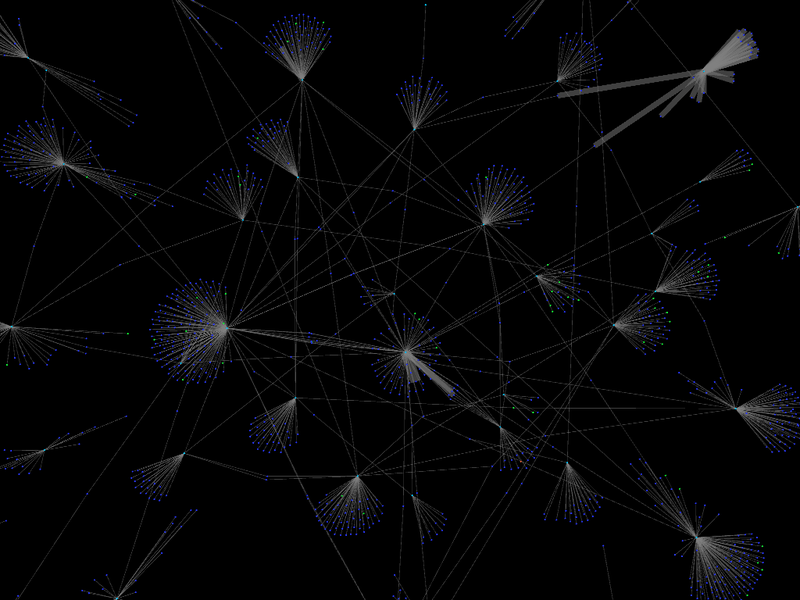 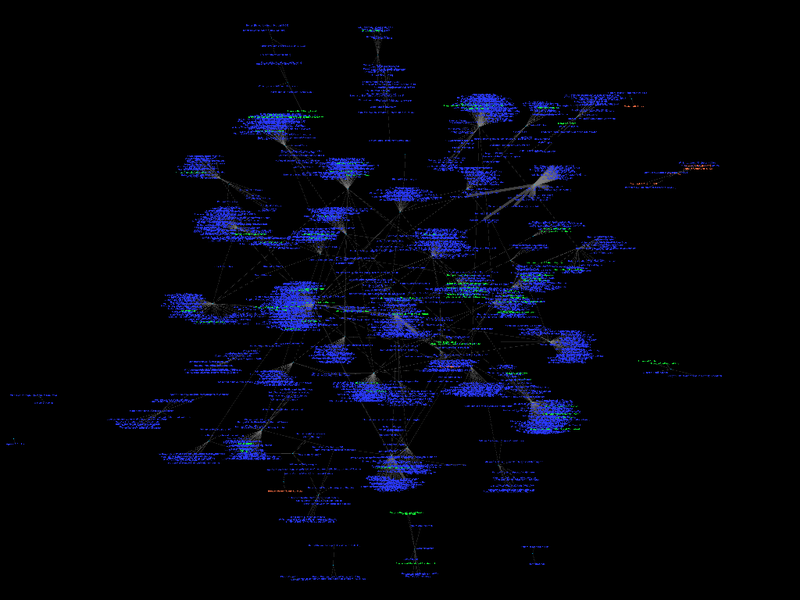